LAS VEGAS — Noticing pedestrians who are about to cross, measuring driver attentiveness and having Amazon Alexa answer questions on the dashboard are among the perks Qualcomm Inc. unveiled today at CES in the artificial intelligence-powered Snapdragon Automotive Cockpit Platform.

The interactive dashboard features face and fingerprint recognition as well as Amazon’s Prime Video and music services. It is Qualcomm’s blend of audiovisual technology and road safety measures through the cellular vehicle-to-everything (C-V2X) technology, which connects the vehicle to roadside infrastructure and other road users, Patrick Little, Qualcomm’s senior vice president and general manager at automotive, said at a press conference.

“The focus of connectivity is road safety,” Little said, adding that such a goal is to be achieved by connecting more smartphone functions with the car to create a “more personalized, more immersive and more intuitive experience.”

Qualcomm’s connectivity technology acts on instances that could lead to an accident, such as stopping the car when an adjacent vehicle suddenly brakes, Nakul Duggal, Qualcomm’s senior vice president of automotive product management, said at the press conference. It also familiarizes drivers with their blind spots, warning them of oncoming traffic when turning in an intersection.

The cockpit platform is one of Qualcomm’s developments on the Snapdragon, a systems-on-chip technology. Qualcomm is set to power more than 30 5G mobile devices in the market this year with its chipsets, such as the Snapdragon 855 Mobile Platform, launched in December 2018, and the Snapdragon X50 5G modem family.

The commercial entrance of Qualcomm’s 5G technology follows a series of trials over the past year. In February 2018, Qualcomm tested its 5G connectivity in Frankfurt and San Francisco simultaneously, relying on the cities’ existing cell sites and spectrum allocations.

Butler said the technology will enable Ford vehicles to connect with other vehicles, traffic signals and cellphones.

The adoption of C-V2X technology will be a boon in the long run, Butler said, especially in enhancing the safety of autonomous vehicles.

“Driver assistance technologies today and autonomous vehicles in the future could potentially benefit from what C-V2X could provide,” Butler said. “They could notify self-driving vehicles in the event of emergency so that they can pull over or take a different route.”

Ford, as well as Audi AG and Ducati, are demonstrating the vehicle communication technology in its vehicles at CES.

Qualcomm today also forged a partnership with the city of Las Vegas and the Regional Transportation Commission of Southern Nevada in installing trial C-V2X-enabled roadside units, computing devices that support wireless connectivity to passing devices. The program will also involve Commsignia Inc., the supplier of about 100 intersections in Las Vegas, Duggal said.

Qualcomm struck a similar partnership with the Colorado Department of Transportation in June 2018, according to a press release.

Though Qualcomm has met little resistance from cities in adopting C-V2X, the challenge remains in disseminating the vehicle communication technology at large, Duggal told BU News Service after the press conference.

“The challenge has really been scaling it up,” Duggal said. “That is a two-part problem: One is the infrastructure problem, and the other is automakers adopting it across all vehicles.”

Panasonic Corp, LG Electronics Inc. and Mitsubishi Electric Corp are among the suppliers Qualcomm has partnered with in developing products incorporating the new cockpit platform.

Qualcomm is slated to strike more partnerships with other brands in its development of future technologies, Little said. 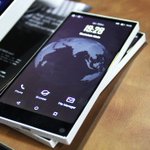 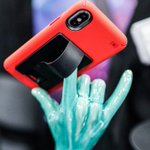 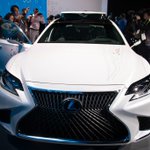 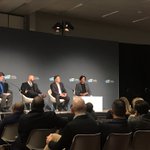