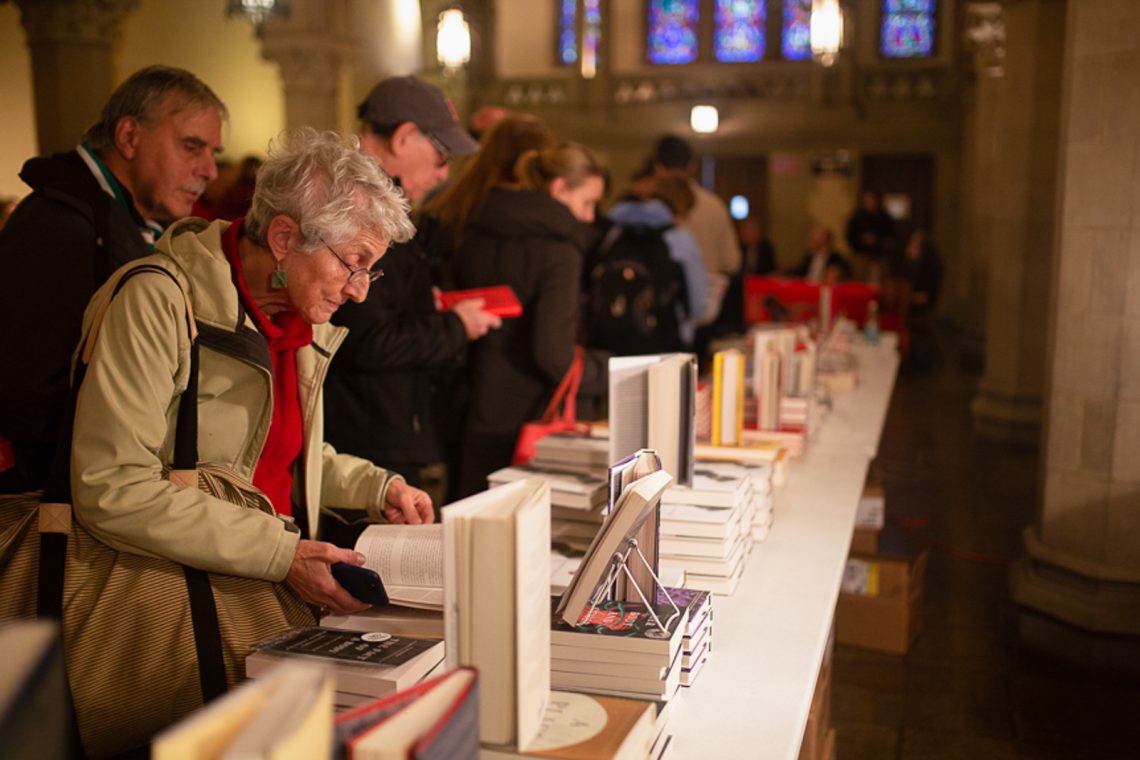 For the first time since its inception in 2009, the Boston Book Festival will be held over an entire weekend. The festival, which welcomes book lovers and authors to celebrate literature in and around Copley Square, will include an extra day with panels in Roxbury this year.

“We are thrilled to expand the Boston Book Festival to a full weekend for the first time,” wrote executive director Nora Piehl in a press release on July 17. “We are excited to offer a variety of programming for people of all backgrounds that celebrates the mix of rich history, forward-thinking intellect and cultural diversity of Boston.”

The festival will be held in different locations around Copley Square Plaza, starting with a keynote session on Friday and continuing their packed schedule on Saturday. Sunday’s activities will be based around the Boston Public Library branch in Roxbury and use other public spaces in the neighborhood.

Deborah Porter founded the festival because she noticed that Boston was one of the major cities that at the time did not have a major event celebrating books and literary culture, Piehl said.

“As a culture, we tend to celebrate and make very public and visible the things that we regard highly, that we value,” she said. By making reading as celebrated in Boston as a Patriots or Red Sox game, Porter made it easy to reinforce the culture of literacy and intellectual curiosity.

Piehl stated that each year, the event typically draws about 25,000 attendees, including people who attend sessions and exhibitors. Attendance is free and attendees will be able to curate their schedules to their interests using Sched.com. The nonprofit is working with sponsors such as WBUR, the Boston Public Library and The Boston Globe to successfully hold the event over this weekend.

The chosen theme for this year is connection – between authors and fans and between book lovers, Piehl said. “I think it’s really exciting for attendees when they come to a session for an author who they love and they find that there’s 800 other people who are also there to see that same author and are equally excited to be there.”

Presenters usually have books released in the fall and the festival is added as a step on their book tours through meetings with their publishers.

“We’re always trying to showcase local authors, of course, people who are local to Boston and New England who might have a new book out at any point during the year,” said Piehl.

She added that panels are built around authors that attendees would be interested in and the themes surrounding their works would be used in creating sessions.

The 3-day event kicks off Oct.18 with a discussion by Pulitzer-winner Samantha Power about her memoir, “The Education of an Idealist,” moderated by journalist Nicco Mele.

In the press release, Piehl announced that this year’s festival will feature over 300 presenters, including Morgan Parker and Akwaeke Emezi.

Parker is a Pushcart Prize winner whose debut Young Adult novel, “Who Put This Song On?” was released Sept. 24. She will be participating in the “YA: Love and Relationships” panel on Saturday at 1:30 p.m. at BPL Teen Central.

Emezi announced their third book, “The Death of Vivek Oji” would be released in July 2020. Their debut novel, “Freshwater” released in 2018, is in the process of being adapted into a series by FX. They will be presenting a keynote with Nicholl Montgomery at the Dewitt Center Gym in Dudley Square on Sunday at 3 p.m.

“The opportunity to bring book lovers from all different corners of the city together, through their shared excitement and enthusiasm about books and reading. It’s a really great way to get people talking with each other and possibly visiting areas [of] the city that they haven’t previously had a reason to visit,” said Piehl.