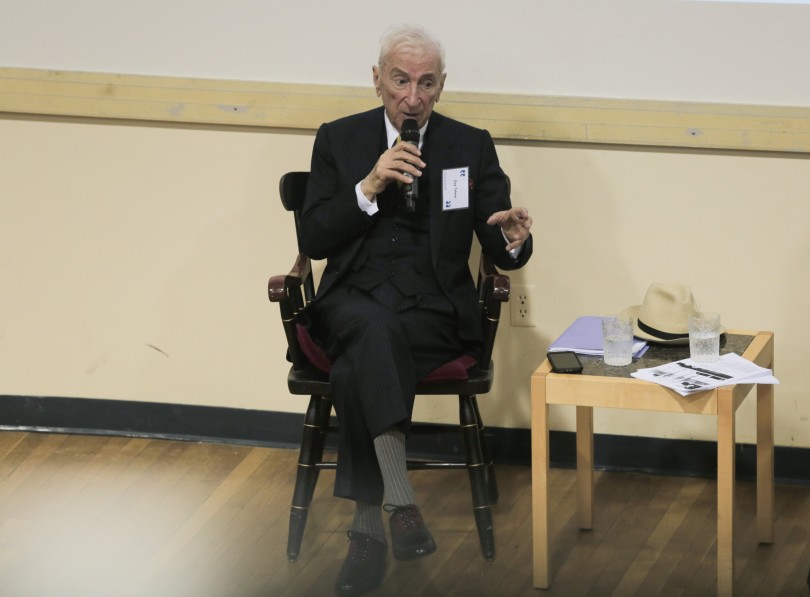 After about 45 minutes of discussing his journalistic roots, including details about his family life and his philosophy on news gathering, Talese took questions from the audience.

When a female attendee asked the 84-year-old reporter which women journalists from his era inspired him when writing, Talese mentioned Mary McCarthy and then named no other female journalist. Talese continued and said he believes that educated women journalist of his age and generation did not have interest in reporting or writing stories about unsavory characters like the ones he and other male journalists followed for their stories, including mobsters, pornographers and voyeurs.

Gay Talese was all good until he started talking about how women writers don’t like to hang around under-educated, seedier types. Um, whut.

Cringing at these gender stereotypes about woman journalists from Talese. Awkward. #narrativeBU

Gay Talese at #narrativeBU says women journos of his generation didn’t inspire him, bc educated women wanted to be w educated ppl…really?!

BU College of Communication Dean Tom Fiedler interviewed Talese during the keynote address. COM and the Power of Narrative conference have not released statements regarding the incident.

This is the 18th year BU COM has hosted the Power of Narrative conference. Talese has attended the conference once prior to this year.