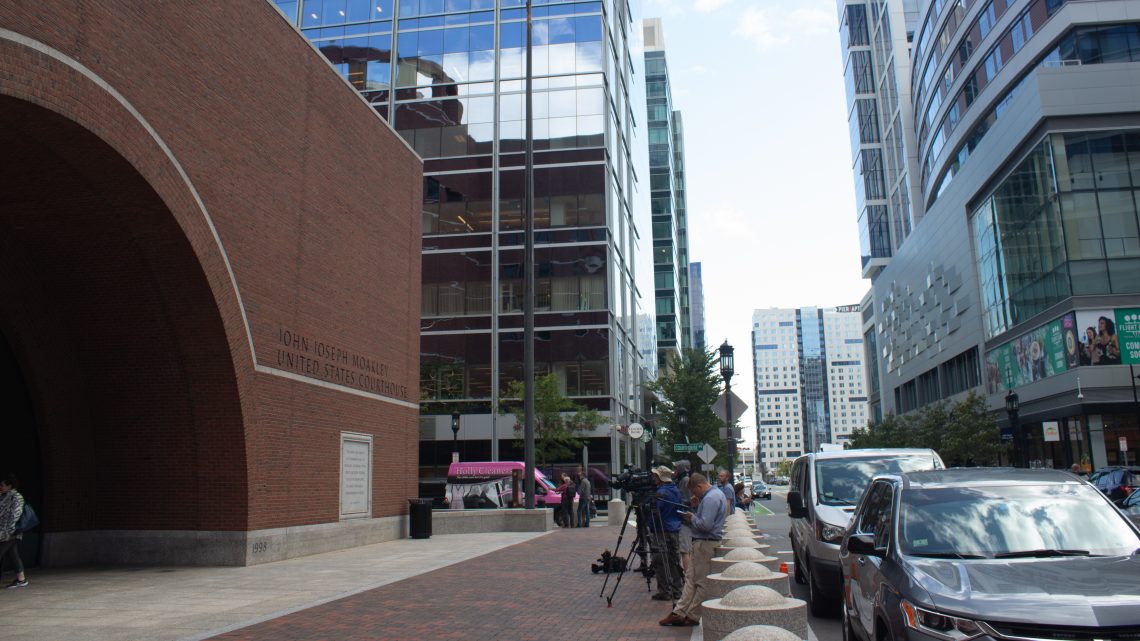 BOSTON — Jury trial for a Cambridge man accused of using Twitter to allegedly solicit the murder of an Immigration and Customs Enforcement (ICE) agent began Monday at U.S. District Court.

Brandon James Ziobrowski, 33, tweeted “I am broke but I will scrounge and literally give $500 to anyone who kills an ice agent. @me seriously who else can pledge get in on this let’s make this work,” on July 2, 2018. Prosecutors said it wasn’t the first time he’d used social media to threaten the life of an ICE agent.

The tweet was in response to the child separation issue at the U.S.-Mexico border, according to defense attorney Derege Demissie. At the time of the tweet, Ziobrowksi had 448 Twitter followers, according to a Department of Justice release. His account has since been suspended while he faces a federal criminal threat charge.

“He wrote it, and the next moment forgot about it,” Demissie said. “He did not write this tweet with the [Department of Homeland Security] in mind. He wrote that with his friends in mind. What is funny to his friends is not funny to the government.”

Victor Colone, a two-year veteran with the Department of Homeland Security Office of Intelligence and Analysis Current and Emerging Threats Center was the first witness to testify Monday.

Colone said he had been specifically tasked with monitoring social media for threats against ICE agents when on his night shift on July 5, 2018, he found Ziobrowski’s July 2 tweet using keyword searches with Twitter’s built-in search feature.

“This [tweet] was the most threatening that I had seen up to that point,” Colone said.

The first read “guns should only be legal for shooting the police like the second amendment intended.”

The second was a retweet of a statement by the ICE field office director, which thanked ICE agents for putting their lives on the line to protect the country. Ziobrowski retweeted this with his own comments attached.

“Thank you ICE for putting your lives on the line and hopefully dying I guess so there’s less of you,” the tweet said.

Colone said the other two tweets “compliment the original tweet” he found, which compelled him to alert the department watchfloor and complete an internal report. Ultimately, officials were sent to investigate Ziobrowksi’s Cambridge residence.

“The person had already exhibited via social media an animosity towards certain groups,” Colone said. “The person wanted to go above and beyond their situation to make something happen.”

Ziobrowski’s jury trial is expected to continue this week for his criminal threat charge, weather permitting. He could face up to five years in prison and a $250,000 fine.