Consider the residents of Boston University’s Outdoor Research Facility: two adult deer, several Canada geese, a groundhog, a painted turtle, some rats who were addicted to cocaine during their life, and over 50 more animals. All the creatures brought to the facility are dead, but that’s intentional. These animals, found or confiscated by Massachusetts Fisheries and Wildlife, help BU students and scientists with research projects studying decay, bone trauma, mortuary science, zooarchaeology, and more. 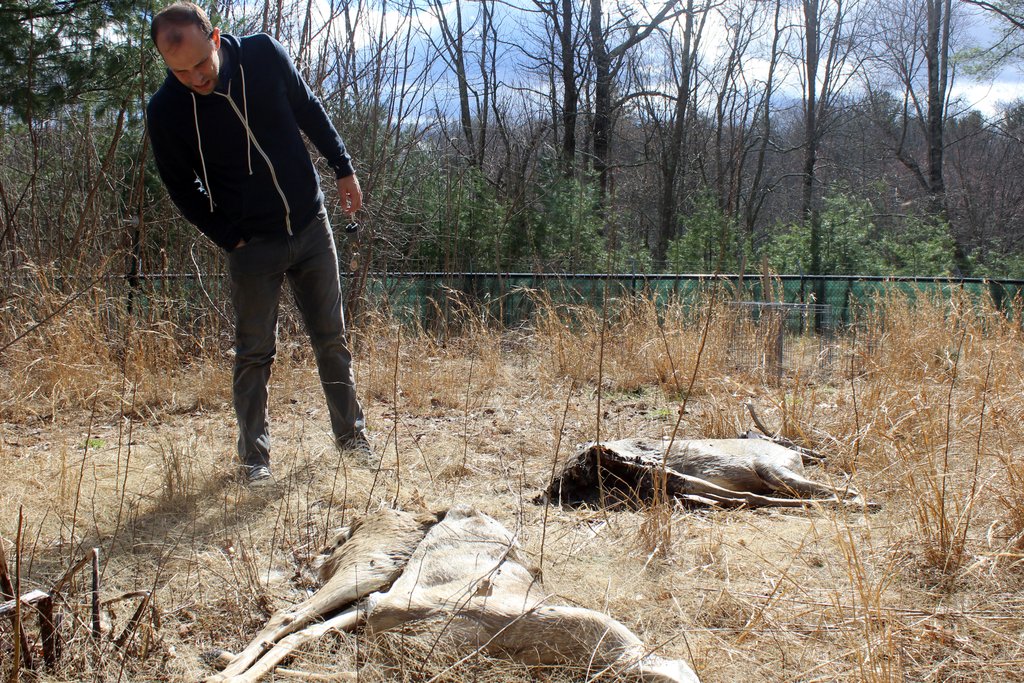 There are a lot of reasons that BU owns and operates The Outdoor Research Facility, a land of the dead. Grad students at BU and researchers affiliated with the University can observe remains and the process of decay here to better understand forensic science, comparative anatomy, skeletal trauma, mortuary ecology, and more. The rats who were addicted to coke, for example, are part of a research project to determine whether cocaine use can be detected in bones post-mortem. 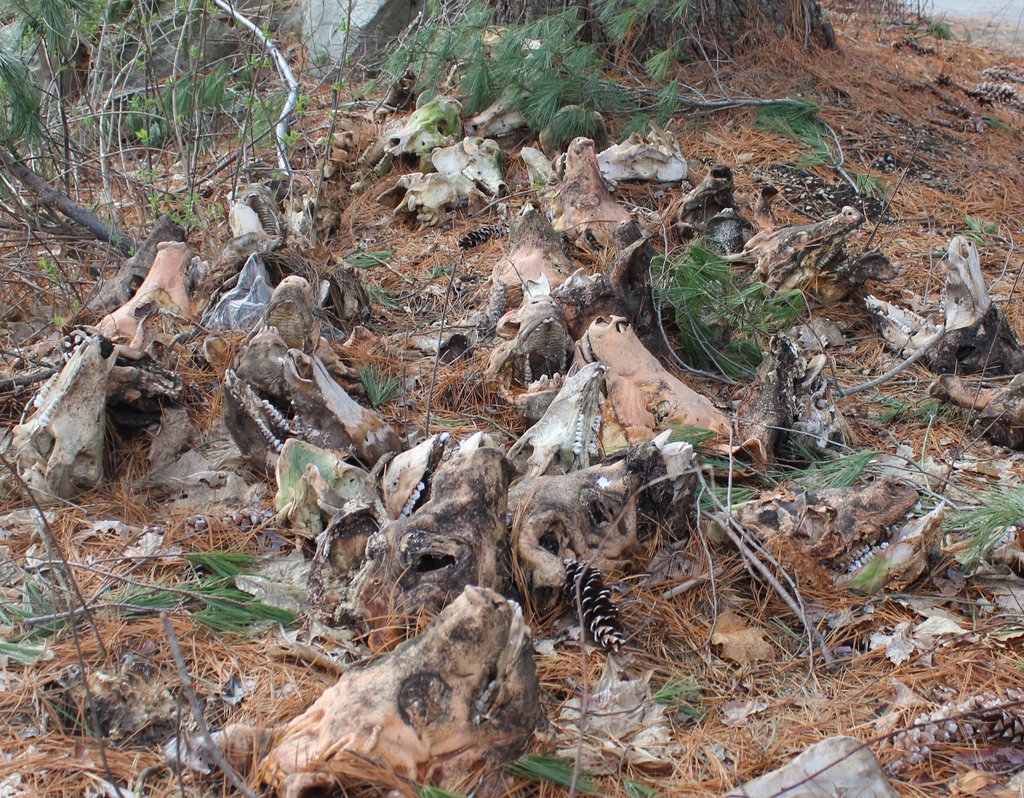 The pig heads, from animals euthanized for research, were donated by Tufts Veterinary school. Pigs are good animals for anthropologists to study because they are hairless like humans, have a similar organ structure, and they are readily available. 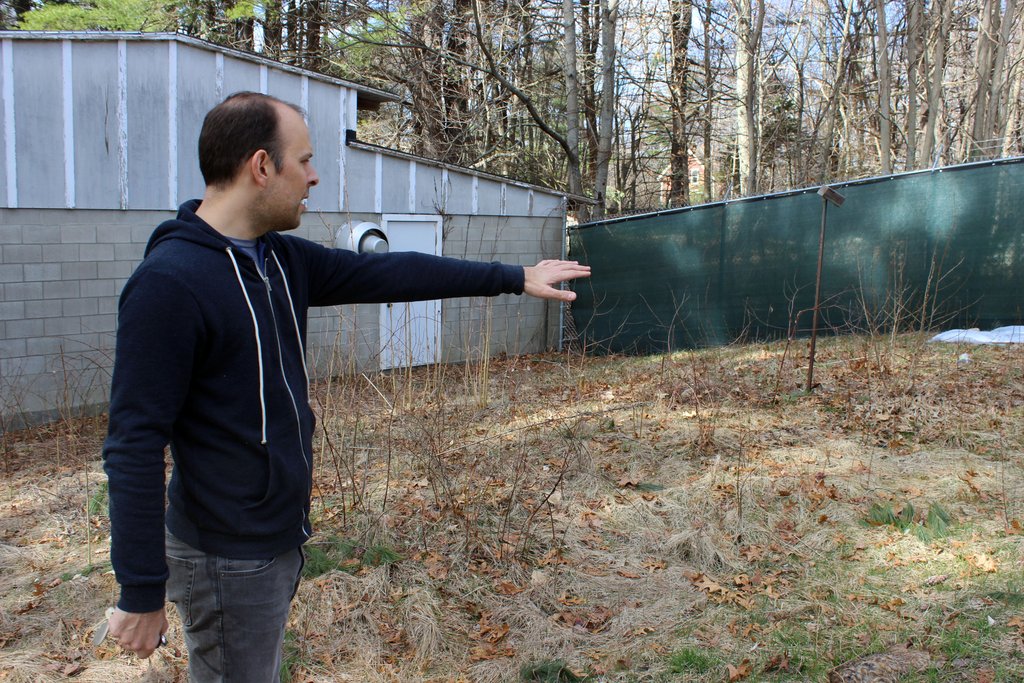 Dr. Jon Bethard, a biological anthropologist and adjunct professor at BU advises students on their projects that take place at the facility. “Don’t call it a body farm,” he said. “It’s an Outdoor Research Facility.” 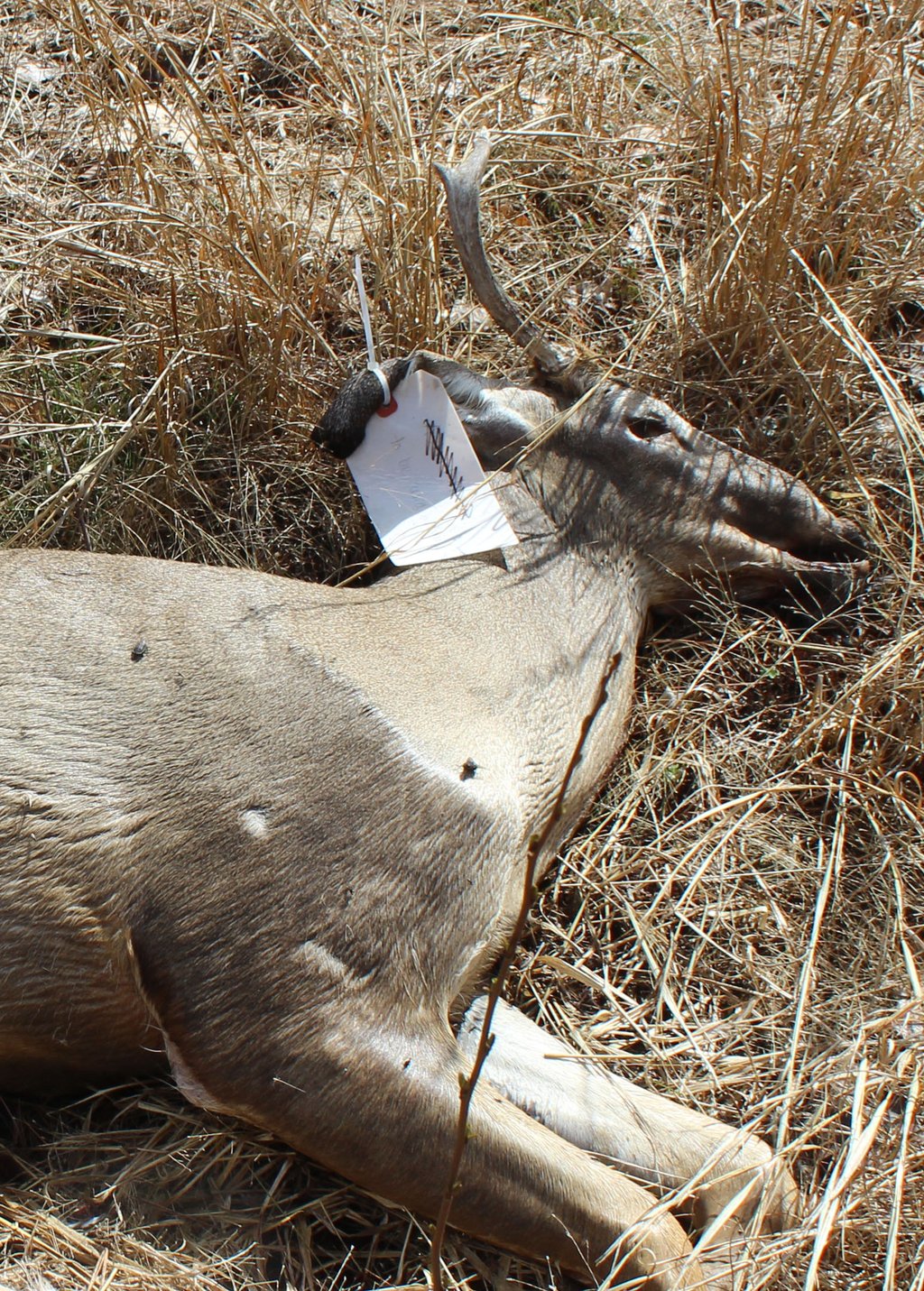 Once a stiff arrives at the facility, researchers leave it out in the sun, under trees, in a bag, or under plastic to rot. Researchers study how different things affect the decaying process, such as scavenging by insects and carnivorous wildlife. Eyes and brains are among the first things for insects to eat, and all the carcasses at the facility were at least past that point. Bethard pointed down at a doe and a buck who were also missing large chunks of their back sides. Writhing masses of carrion beetles, black with red stripes on their heads, were feeding on the exposed flesh. 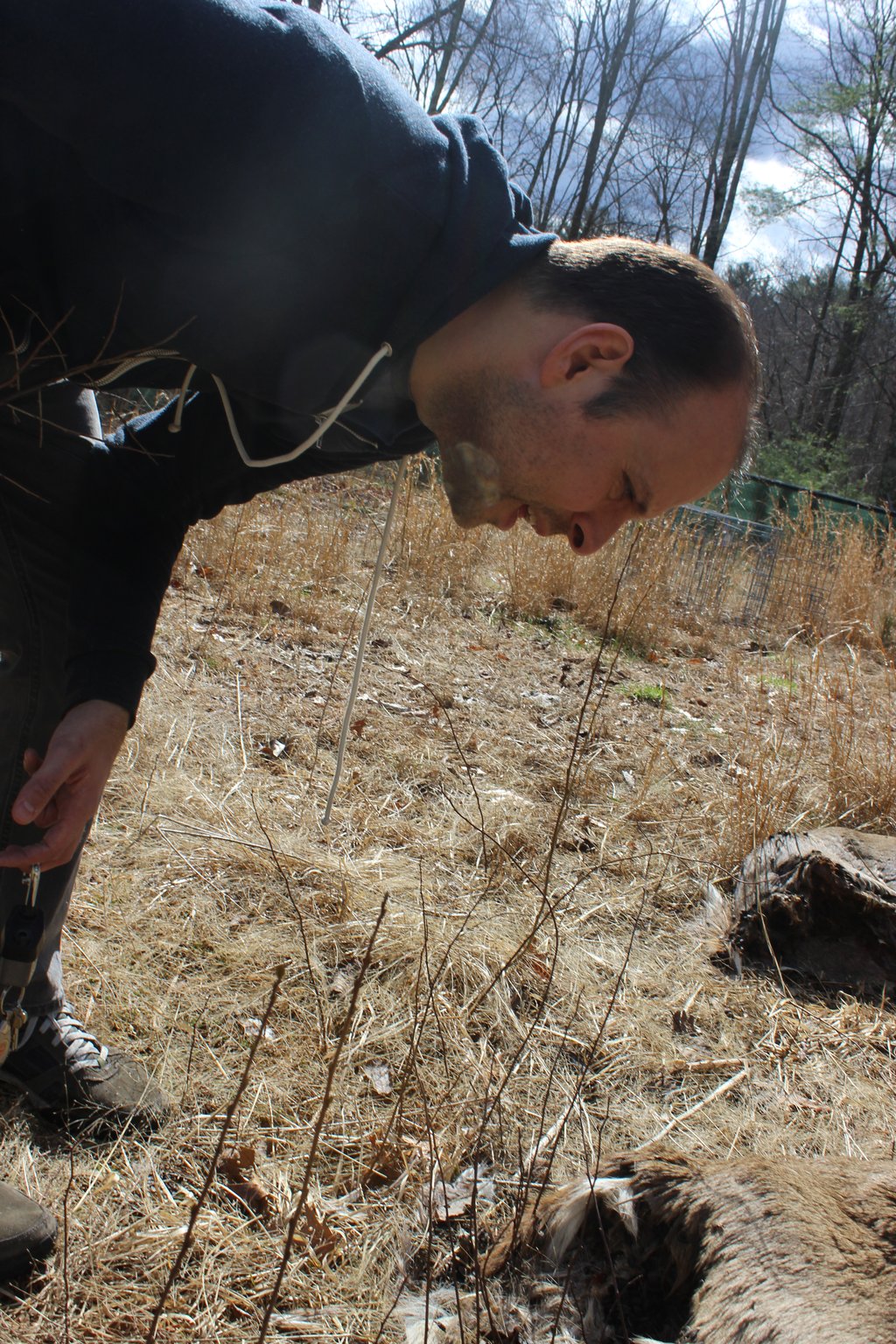 As exciting as it is to work with rotting animal carcasses, Bethard focuses on forensic anthropology, the study of humans. “Our goal is to be able to use this facility with human donors,” said Bethard. “And it’s the president of the University who needs to make that decision.” According to Bethard, the city of Holliston is already on board, all the proper permissions are lined up, and as soon as BU President Robert Brown gives his permission, they can start recruiting donors in New England.