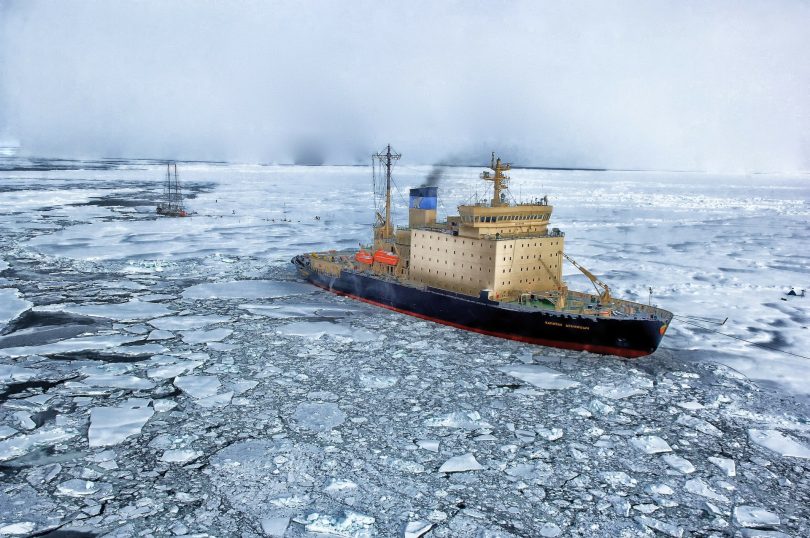 In the late afternoon, on Thursday October 27th, 2016, delegates hailing from 24 countries and representatives from the European Union convened in Hobart, Australia to talk about measures to preserve Antarctic fish habitat. In the final hours of the final day of the annual Commission for the Conservation of Antarctic Marine Living Resources (CCAMLR) conference, the ambassadors unanimously agreed to preserve 1.55 million square kilometers of Antarctica’s Ross Sea, establishing the largest marine protected area on Earth.

The room erupted into applause. Some members of the audience began to hug one another while others broke into tears. Cassandra Brooks, a doctoral candidate at the Emmett Interdisciplinary Program in Environmental Resources at Stanford University who attended the conference described this moment as “a feeling of positive energy”. She and many other observers saw the agreement as a victory for international negotiations. She believed that Antarctica’s neutrality as a continent allowed countries to come together for the sake of the environment; “We can do things in Antarctica that we can’t do anywhere else in the world,” she said.

After five years of heated debate, the commission had finally reached a consensus to create a zone of protection for marine life in the Ross Sea. Some Antarctic scientists had waited even longer – almost 15 years for a venerable few – to see this Marine Protected Area come into fruition. Yet, to many people in this scientific community, it wasn’t exactly the result they were hoping for.

The Ross Sea is a 3.6-million square kilometer bay located within the Southern Ocean, the body of water that surrounds Antarctica. Despite its immense size, you’d likely have trouble finding the place, since conventional maps split it in half. If you wanted to examine the Ross Sea as a whole, you would have to roll up a map laterally, forcing the tips of Alaska and Russia to touch each other.

This part of Antarctica is one of the most productive ecosystems in the world. The Ross Sea only amounts to 3.2% of the Southern Ocean, but contains an abundance of marine life. As of 2014, the Ross Sea was home to 50% of the world’s killer whale populations, 45% of all Weddel seals, 38% of all Adélie penguins and 26% of emperor penguins. “It has phytoplankton blooms so big that you can see them from outer space every year,” said Brooks. Researchers take great interest in this region since it’s also one of the most ecologically pristine environments on earth. One study published in Science in 2008 found that this marine ecosystem had the world’s lowest level of human disturbance.

While the Ross Sea has remained mostly unscathed by the rest of the world, fishing industries have started to make their mark in the area. Fishing boats from a dozen countries now venture down south past the 60th parallel to seek out untapped stocks of fish like krill, mackerel icefish, and Antarctic rock cod. More importantly, many industries have directed their attention towards the Patagonia and Antarctic toothfish. Fishermen call the toothfish “white gold,” since they can sell the meat at well over $25 a pound to high-end restaurants that serve it as “Chilean Sea Bass.” Demand for this fish was nonexistent 20 years ago, but now vessels bring back 3,000 tons of toothfish from the Ross Sea each year.

Antarctic scientists see that as a threat to the Ross Sea. They still know very little about toothfish life history, its role in the Antarctic food chain, or how the ecosystem would respond to toothfish depletion. As of now, scientists worry that they don’t know enough about the fish to determine a sustainable harvesting model. “You don’t want to fish now and ask questions later,” stated Brooks. If anything, scientists project that, because the fish matures at a slow rate, populations would not likely recover from increased fishing pressure. “It’s like sequoia trees,” stated Walker Smith, a researcher at the Virginia Institute for Marine Science, “If you start wiping out all of the sequoias, they grow so slowly that they can’t replenish themselves.”

The movement to preserve the Ross Sea began with David Ainley, a senior ecologist for California-based environmental consulting firm H.T Harvey & Associates and a leading expert on Adélie penguins. In 1996, he noticed increased toothfish long-line fishing and trawling in the Ross Sea. He spent the next 15 years compiling data that demonstrated how unregulated fishing could threaten the sea’s ecosystem. Then in 2011, the United States enlisted the New Zealand government to help draft a Marine Protected Area proposal. One year later, the two countries submitted a joint proposal to the rest of the CCAMLR members.

The commission rejected the proposal five times over the next five years. Part of the problem arose from voting rules: any decision needed a unanimous vote, so a single country could stall the plan. Over the years the commission whittled down the size from the initially proposed 2.28 million square kilometers to 1.55 million square kilometers, carving out sections to appease nations with fishing interests.

Unrelated politics sometimes intervened: The Ukraine delegation, which initially opposed the Ross Sea proposal, reversed their vote after Russian military intervention in Crimea in 2014. The Chinese representatives voted in favor of the MPA in 2015, which some believe was a result of the negotiations between President Obama and President Xi Jinping. Russia has been the biggest critic of the proposal, arguing that the size of the MPA would negatively impact its fishing economy, but Mark Epstein, the executive director of the Antarctica and Southern Ocean Coalition suspected that the Russian delegation’s defiance stemmed from geopolitical disputes. “There are reasons a country might not be supportive that have nothing to do with what’s happening here in Hobart or down in the Southern Ocean,” said Epstein.

This year Russia finally succumbed to pressure from other countries to accept the proposal, on the condition that the proposal included a sunset clause limiting the area’s protection to just 35 years. With that, the commission will officially establish the Ross Sea MPA on December 1st 2017.

Many scientists don’t feel ready to celebrate, though. They believe that the Ross Sea MPA lost sight of the original goal, to protect threatened marine populations from fishing. While the original American proposal would have protected over 3 million square kilometers in the Ross Sea, New Zealand, a country with large fishing interests in the Southern Ocean, argued to limit coverage to half the size. Over time, representatives eventually conceded to fishing demands, leaving out major biodiversity hotspots and fish spawning sites. This year’s agreement to install a sunset clause was the biggest hit, as scientists believe that this clause will limit their ability to perform long-term studies on toothfish. “I have a number of colleagues that feel it’s a bittersweet victory,” said Smith.

Scientists also argue that the parts of the Ross Sea now protected by CCAMLR are not even that ecologically important. “There’s a huge area that frankly is just not fished and never was, and now it never will be. So it’s basically reaffirming what was already in place,” said Smith. He and others say that including territory with sparse fish populations amounts to a cheap trick that increases the breadth of the Ross Sea MPA but fails to contribute towards the ecological value of the protected area. “The fishing industry gave up nothing,” stated Ainley.

To some, this proposal is a victory on paper, an example of that countries can reach an agreement through international negotiation. However, this agreement seems to come at the cost of conserving an ecosystem. “And that’s my disappointment,” said Ainley, “A big area is protected, but the actual ecosystem is not.”